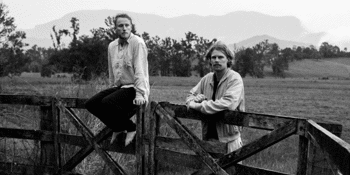 With Special Guests
The Northern (Byron Bay, NSW)
Saturday, 29 May 2021 6:00 pm
15 days away
18 Plus
Alternative
Indie
Music
Australian Artists
Send this event to
Off the back of their EP ‘Wanderlust’ and debut album ‘Moments’, Hollow Coves have amassed over 200 million streams on Spotify, played sold out shows across the world and earned their first Gold Single in Australia with their breakout hit ‘Coastline’. Quoting influences such as Angus & Julia Stone, Coldplay, & The Paper Kites, the band has quickly established their own brand of indie folk.
After a forced break from touring, and now with a bunch of new music in the oven, the band is eager to return to the stage. Come and see them perform live at shows across Australia this June.